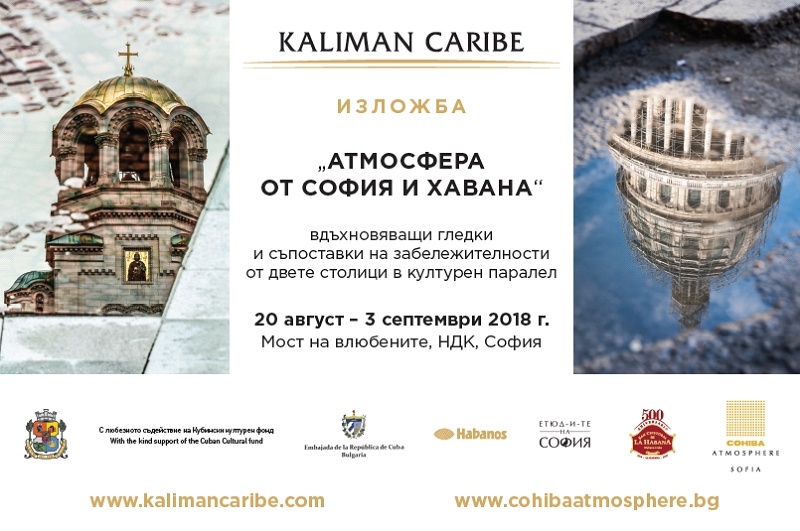 Kaliman Caribe organizes an exhibition with inspiring views and interesting comparisons between the highlights of Sofia and Habana in a cultural parallel.

The 60 photos from Bulgaria and Cuba transfer the two cultures in similarities in natural, architectural and social plan. “The Sofia Etudes” from Ivan Shishiev photographer represent the local accents, and pictures from The Cuban Cultural fund distinguish the Cuban spirit in Sofia. The exhibition is building a colorful bridge between the two capitals. The initiative of the company is held with the kind support of Sofia Municipality and the Cuban Embassy in Bulgaria.

The exhibition symbolically marks the 500 years anniversary of Habana and the pride of everlasting Sofia.

„Atmosphere of Sofia and Habana“ could be seen for free at the Bridge of Love, National Palace of Culture, Sofia, between 20 August –3September 2018.

go to All News